In the western Great Lakes region, the population status of northern goshawks (Accipiter gentilis) is largely unknown. Existing information on goshawk population ecology in this portion of their range is limited to long-term monitoring of nest sites and scattered information on food habits and movements from studies of individual nests or birds. Only recently have efforts been undertaken to quantitatively describe nest sites and assess breeding population status beyond single study sites. The objective of this cooperative study was to begin to address this information gap by collecting data on habitat use, home range, and diet of goshawks in Minnesota, with potential for direct application toward conservation and management of goshawks throughout the Laurentian Mixed Forest Province.

From 1998 through 2000, we captured and radio-equipped 33 breeding northern goshawks in northern Minnesota, and monitored their movements from the ground and air (1998) or exclusively from the air (1999 and 2000) through the fledgling-dependency period (mid-August). In addition, we measured structural habitat characteristics at a subset of locations for each male goshawk, and in 2000, 2001, and 2002 placed video cameras and recording equipment at nests to document diet.

In 1999 and 2000, we also established fixed stations at active nest sites, and evaluated call broadcasts for potential use as a survey technique in the western Great Lakes region. Mean home range size for male goshawks during the breeding season averaged 2,676 ha (minimum convex polygon) and male goshawks exhibited a strong preference for old early-successional upland hardwood, mature late-successional upland conifer, and mature upland early-successional conifer habitats. Stands used for foraging had high stem densities of large canopy trees, with distinct subcanopy and shrub layers. Call broadcast surveys were most effective during the courtship and nestling breeding phases, and we developed an approach to use these surveys to estimate breeding density.

Finally, during the breeding season, goshawk diet was comprised of mammals (61.3% of biomass delivered) and birds (38.7%), with red squirrels (Tamiasciurus hudsonicus) and eastern chipmunks(Tamias striatus) comprising 66% of identified prey and ˜ 46% of all prey deliveries. Prey delivery rates to nestlings varied with brood size, suggesting that prey availability may limit goshawk productivity, at least in some years. Study results have been presented as final reports, theses, and manuscripts submitted for peer-reviewed publication, and are currently being used in goshawk habitat management and population monitoring in the western Great Lakes region.

Acknowledgments: Funding for this project was provided by the U.S. Forest Service (Chippewa and Superior National Forests), Voyageurs National Park, the National Council of the Paper Industry for Air and Stream Improvements, Potlatch Corporation, Leech Lake Band of Chippewa, Minnesota Department of Natural Resources, the Minnesota Falconer's Association, and the U.S. Fish and Wildlife Service.

Boal, C.W., D.E. Andersen, and P.L. Kennedy. In Press. Productivity and mortality of goshawks in Minnesota. Journal of Raptor Research. 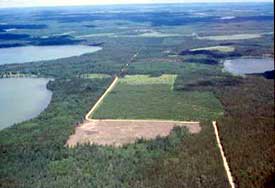 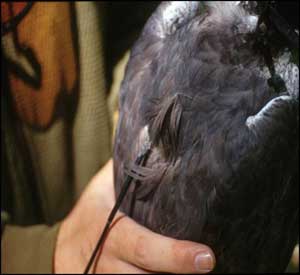 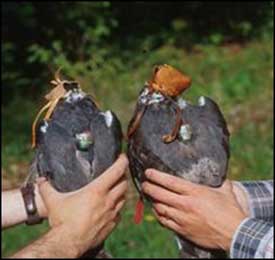 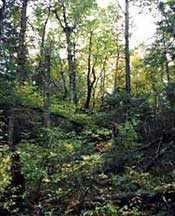 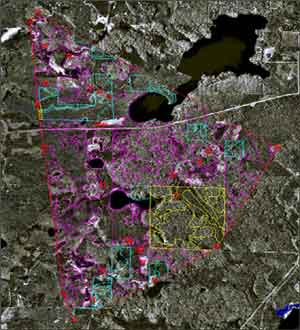